The evidential or probative value of electronic versions of paper records may be more easily challenged before a court than it would be for the originals. This is mainly because the original records could be tampered with or changed before being scanned, and, unless proper technology has been used (e.g., encryption and timestamping), it may not be easy to detect such changes from a scanned copy. In specific situations, it may be good practice for employers to retain archives of paper originals in the event such originals would be requested by a specific investigator, auditor, judge or authority.

In the UK, legislation applicable to electronic archiving is technology neutral and does not require certifications or notarizations. There is currently no legislation which exclusively concentrates on electronic archiving, as the validity of an electronic record is concerned primarily with the way in which it was executed, not in how it is stored. As an example, although the authenticity of a document relies in part on its integrity, courts would accept an electronic signature as prima facie evidence of authenticity, unless there was some evidence to the contrary that would be sufficient to deal with a challenge.

The British Standards Institute has published various parts to their guidance known as the BS 10008:2014: Evidential weight and legal admissibility of electronic information (the “BIP 0008 Code of Practice”), which provides good practice guidance on: the electronic creation, storage and retrieval of information; the transfer of information stored in databases and other electronic systems; and, how to preserve their authenticity and integrity. Under The Electronic Identification and Trust Services for Electronic Transactions (Amendment etc.) (EU Exit) Regulations 2019 (the “eIDAS Regulations”) an electronic document shall not be denied legal effect and admissibility as evidence in legal proceedings.

In the UK, section 8 of the Civil Evidence Act 1995 also provides that where a statement contained in a document is admissible as evidence in civil proceedings, it may be proved by producing the original document, or by producing a copy of that document or of the material part of it (which unlike paper originals, requires proof of authenticity). A document can be authenticated in such a manner as the court may approve and it will be immaterial whether the original document is still in existence. Therefore, paper originals and electronic scanned copies of paper originals can have a similar probative value, subject to the party wishing to rely on the scanned copy being able to prove its authenticity.

In practice, authenticity is often admitted, deemed or presumed. In civil proceedings, a party is deemed under rule 32.19 of the Civil Procedure Rules to admit the authenticity of documents that have been disclosed to them unless that party serves notice that they wish the document to be proved at trial. There is also a presumption of due execution under section 4 of the Evidence Act 1938, where documents are more than 20 years old. 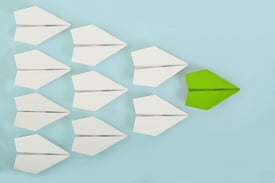 There are no legal requirements specifically applicable to electronic archiving systems which impose regulatory certification regimes, encryption technology or timestamping requirements. Where a document has been executed electronically, there is also no need as a matter of English and Welsh law for an additional paper original version to be retained, although there may be practical reasons for doing so. For example, a paper original may be retained in the event that an electronic archive is compromised or malfunctions, resulting in the loss of electronic data.

HR Best Practices: As a matter of English and Welsh law, there are no requirements for an additional paper original version to be retained, although there may be practical reasons for doing so.