What are the laws and regulations in Nigeria? 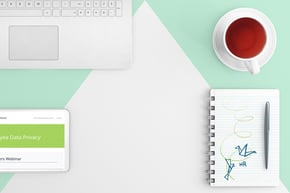 Electronic signatures are legally recognized and enforceable under Nigerian law.

In addition, under the Evidence Act, if a signature is required for a document to be valid, an electronically signed document can meet those requirements. Documents with electronic signatures are allowed to be entered as evidence in court. If the validity of an electronic signature is questioned, evidence can be provided “in any manner, including by showing that a procedure existed by which it is necessary for a person, in order to proceed further with a transaction, to have executed a symbol or security procedure for the purpose of verifying that an electronic record is that of the person” (Evidence Act, Laws of the Federation of Nigeria, 2011, Sec. 93). Electronic signatures can only be admissible as evidence in court if the record also satisfies the requirement of computer-generated evidence in the Evidence Act:

In addition, the Companies and Allied Matters Act 2020 (CAMA 2020) has improved provisions on electronic communication, documentation and electronic evidence, including the use of electronic signatures on company documents and forms.

Is an electronic signature valid in Nigeria?

Yes. HR related documents can be signed electronically in Nigeria. Documents that have been signed electronically are valid and admissible in court, as long as they meet the authentication provisions under the Evidence Act. Employers may want to consider including an Electronic Documents Transmissions (EDT) clause in contracts to enable the use of electronic signatures as well as the electronic transfer of documents.