The evidential or probative value of electronic versions of paper records may be more easily challenged before a court than it would be for the originals. This is mainly because the original records could be tampered with or changed before being scanned, and, unless proper technology has been used (e.g., encryption and timestamping), it may not be easy to detect such changes from a scanned copy. In specific situations, it may be good practice for employers to retain archives of paper originals in the event such originals would be requested by a specific investigator,  auditor, judge or authority.

In Nigeria, evidence can be provided by electronically generated documents as long as the system that was used to create the document complies with conditions under The Evidence Act 2011 (LFN 2004): 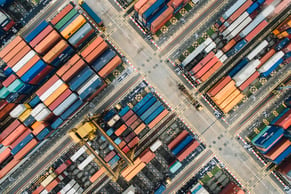 When a scanned copy of a paper original is used in Nigerian court, the party who presents the document as evidence should provide a certificate that: identifies the document, describes how the document was created, and includes the particulars of the device that was used to produce the document. The description should be in-line with the conditions above.

At this time, regulatory authorities generally do not accept scanned copies of statutory forms and corporate documents. That said, the Companies and Allied Matters Act 2020 (CAMA 2020) has improved provisions on electronic communication, documentation and electronic evidence. CAMA 2020 provides that companies may keep electronic copies or electronic registers of documents and records required to be retained under the Act, in addition to the paper originals. If an employer retains copies of paper originals electronically, they are required to give sufficient consideration to the quality of the hardware and software used to store documents, as well as technical specifications such as protocol, security, anti-virus protection or encryption.

Outside of the National Archives Act, which only applies the Nigerian government agencies, there is no legislation specific to electronic archiving systems. Most companies follow the provisions in the Evidence Act and the Notaries Public Act to determine the validity of documents that have been generated in electronic form.

HR Best Practices: The full electronic archiving era is approaching, but for now it is not possible to guarantee that all paper documents can be destroyed. When scanned documents are used in Nigeria (excluding evidence in Nigeria’s courts or submission to a regulatory authority), the scanned record is generally presumed to have the same value as the original if the record has been certified by the courts or notarized by a notary public.